Summer School in English Phonetics: 4 years later. An exploration of my own intonation.


To anyone who's embarked on the world of ELT, visiting London is both a must and an excursion into some sort of fairy tale. It came quite late for me, being 29 and having been teaching English for 10 years, but money and fear are never to be underestimated. Or maybe they should.

Anyways. I'd been dreaming of visiting the UK, and of studying Phonetics at UCL, and one day in May 2010, after having talked to hubby about it weeks on end, he "forced" me to enrol. The next day, he was dragging me to the tourist agency, against all my fears, to get my plane ticket. And this is how it all started (BTW, I will always be thankful to Leo for this, <3, and for so many other "pushes".)

The Summer Course in English Phonetics (a.k.a SCEP) is a two-week course in University College London, and it is organised into a general strand, and an IPA strand (a group of candidates for the IPA certification who train for the exam and sit for it at the end of SCEP). The course includes general lectures on pronunciation, intonation and their didactics, as well as tutorials in smaller groups according to your professional/academic profile. For us with a previous thorough training (and obsession) in Phonetics, many things were mostly revision (though the lectures were truly clear and didactic, I would like to lecture like that myself!) and I myself was a bit disappointed at not seeing much of my passion, Discourse Intonation (which I wrote on the feedback sheet! Couldn't help it!), but the whole experience was brilliant, particularly, the tutorials and ear-training sessions. 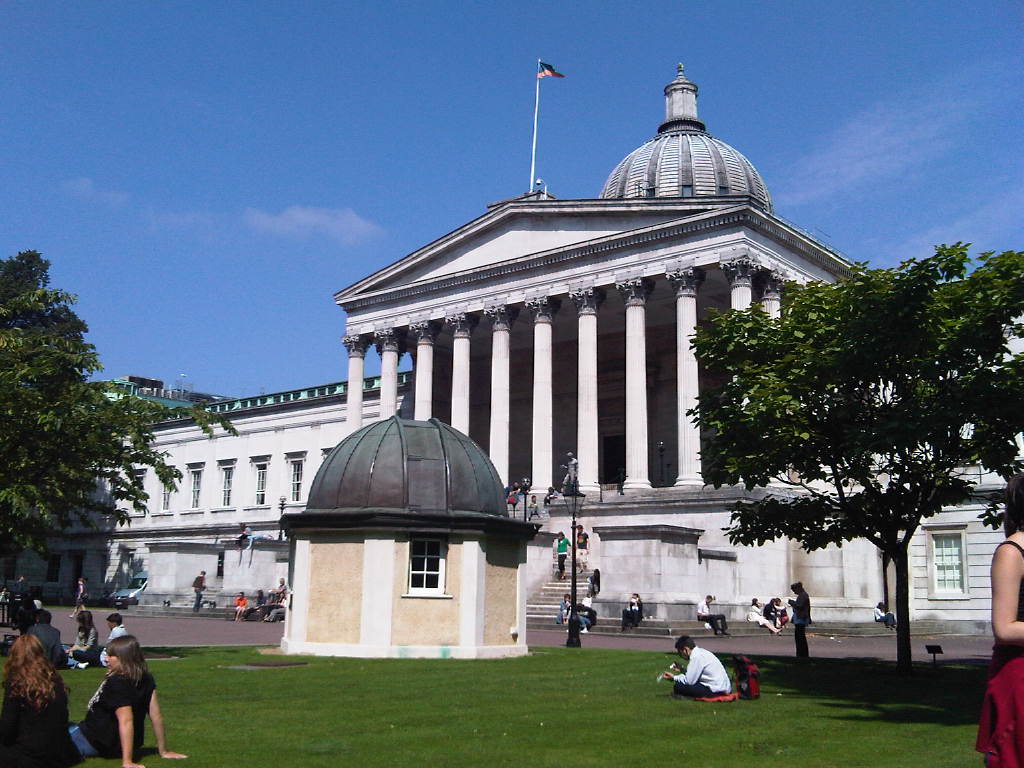 The course director is the renowned phonetician Michael Ashby. We all know he is more than knowledgeable, but I also want to stress that he is a really kind, generous person, even when I, cheekily, asked for a change of group (I had been placed in a group of teachers who did not know about the IPA, and it had probably been my fault as I had not given further details about my background in the application). I will never forget that first day when I approached him, and, unknowingly, used a really low fall whgen sayin "Excuse me". He sensed from my intonation that bad news were coming, and I did not notice at first that a more polite intonation was appropriate. I felt sooo ashamed, and he was so kind about it all. I am so careful with my "Excuse me"s now....
(I now always pester my students with the "right"(?) "more appropriate" (?) "least face-threatening"(?) intonation of social rituals (Paul Tench devotes chapter 10 in his 2011 book to them).


In spite of my intonation (and yes, I do want to sound like a native speaker, I am afraid), I was lucky enough to be given a place at the groups led by none other than Jack Windsor Lewis, and Jane Setter.

It was a true privilege to be part of those groups and to meet such fabulous classmates from all over the world. It is quite strange, when you are abroad, and especially if you come from a country which is not truly multicultural (OK, that can be questioned now), you lose track at times of how your habits, your way of dressing, or greeting, or addressing other people, may not be taken the way you expect them to. I now listen to my audio files from SCEP, and I hear myself as "pushy", even "smug", when I probably didn't mean to be so. And I guess my awareness of intonation has changed now, but I wonder what I came across as at that particular moment, especially when asking questions, to the people around me.

I wonder how much of our interlanguage intonation can be "damaging" in building rapport with native and non-native speakers of English. I believe that if you have a good "control" of the sounds of L2, inaccurate intonation may even make it more shocking or create the wrong effect. I think this also applies to other paralinguistic features, and I guess some of us Latin Americans with Italian blood can be "loud" as well. This is me, back in 2010, and I can't help feeling I was a bit "cheeky" and "abrupt" in my way of presenting these questions, both in terms of wording, the speed and maybe mostly because of my divergent intonation (sorry about the sound quality):

I was listening to BBC 4 this morning, and I came across this programme, "Gardeners' Questions Time". I paid special attention to the questions by the participants (I've been doing so in other open forum shows as well), and I do hear some noticeable differences (I can grant you that there may be age differences, an altogether different context, but still, this appears to be a nice example for me of the way I would like to sound when presenting a question, both vocab and intonation-wise):


It's funny how when you use English quite frequently (40 teaching periods a week!) in a non-English speaking environment and you listen to English at home (BBC, London Heart, Smooth Radio and TV series), some things become more "natural", and you achieve "gut" feelings and reactions to other people's performance in English. This can also be a disadvantage, but I find that nowadays I am more sensitive to the perception of convergence in both wording and intonation of my students. (I am not necessarily passing any judgment on this, but this is how I feel). At times, as for my example above, it is hard to "pin down" what it is that makes me feel I may sound "pushy", and I find this same "quality" in the way some Argentinian teachers of English here talk as well.

Now. Back to 2010. Lots of interesting lectures at SCEP introduced me to people I had not read before (shame on me!) such as Beverley Collins, whose textbook I now use with my Phonology I students, Geoff Lindsey, whose blog I follow devoutly, Tim Wharton (the pragmatics-prosody link I was looking for!), and my favourite accent at SCEP, Bronwen Evans'. There was a great lecture by Eva Estebas Vilaplanas, and her book on pronunciation is a great asset for Spanish speakers seeking to improve their pronunciation of English.

And of course, John Wells was there, he delivered a lecture on Accents and some of the dictation sessions, and I made the most of Question Time to ask questions about his book on Intonation and the latest edition of the dictionary, both extremely popular in my country (Luckily, as the questions were written down, my intonation would not sound "impertinent". Phew!).
So all in all, if you feel like brushing up your knowledge on Phonetics or learning more about it, or getting some good feedback, I would recommend attending SCEP. It is not just about meeting and networking with the "big names", it is mostly about bonding with wonderful people who can help you see how wide and large the world is, and how a simple passion as pronunciation can bring people together (or apart, if you use divergent intonation as I did!). (Speaking of past traumas....back to blog post 2, right?!)

***
Of course, during my two weekends in London in August 2010 and in the afternoons, I just hopped on and off the Tube /tʃu:b/ to visit the landmarks. I was puzzled by the Englishes I heard in my daily interaction with people while shopping or seeing the sights, or commuting, and my own stereotypical view of the "oral London" was reshaped by this trip. My fascination with accents had begun. (More on this, on another post!)

***
Magic occurs when you travel, and as my cousin says, when you are away on your own, you are kind of "naked", and still, you don't fear to show who you are. This is what happened to me. As a woman entering my 30s, this "me-time" allowed me to open up and make new friends, and be myself. One of those great friends is Manuela, another Argentinian, and who remains a close friend, even though we live 1000 kms away from each other and have not met face-to-face again since 2011.
And life has given me the chance of meeting Angelica  and Jan again this year on my trip to Barcelona and to the UK, and I am so glad we can still stay in touch.

***
If you want to read more about prosody and perceptions of "pushiness", politeness, and connections between communicative functions and tone from a discoursal or psycholinguistic perspective, here are a few selected references:

Thank you for following this blog!
Your comment is welcome. Please add your name and location to your remarks.
Comments are moderated in order to avoid spam and trolls, so please note that your comments may not show straightaway.
Thanks!