I attended a truly enriching event two weeks ago: a conference on the teaching of Phonetics, called " III Jornadas de la Didáctica de la Fonética", at Universidad de San Martín and the "Post-Jornadas" at "ENSLV Juan Ramón Fernández".
This post will be an attempt at reporting some of the highlights of the conference, at least according to my own personal interests. The pictures of the slides are a bit blurry but you can enlarge them by clicking on them, at least.

The conference started with a recorded interview to Alan Cruttenden by Mgtr Roxana Basso, which tackled points such as the use of the label "General British" and the motivations behind that choice (which I'd seen Jack Windsor Lewis explore years ago here) and the current associations in the media with RP. Mgtr Basso also discussed the future of the so-called Estuary English, to which Cruttenden, as many such as Prof Wells have done, agrees it will not become a future standard or "replacement for RP" as some people have claimed. Some interesting bits that were mentioned that make instruction and priorities for pronunciation teaching different from the ones ELF may propose were related to the role of word stress and hesitation pauses, which help learners become "native sounding", if that is the aim. There were quite a number of interesting views in these 20 minutes, and I could not take them all down, but the videoconference by Basso-Cruttenden will be made available online soon, so I'll link to it HERE once it is online.


The opening panel was brilliant, and I particularly enjoyed the presentations by: 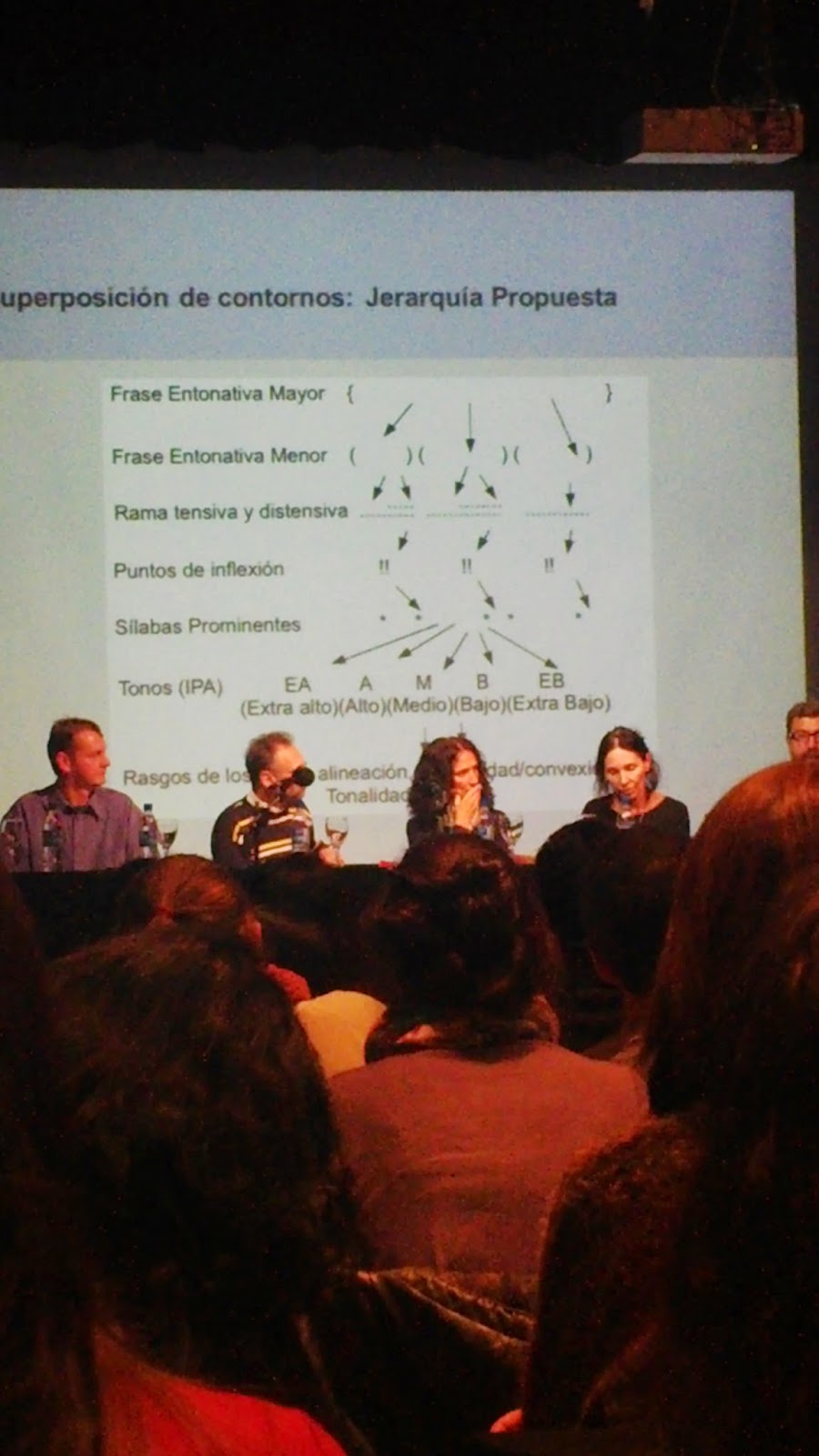 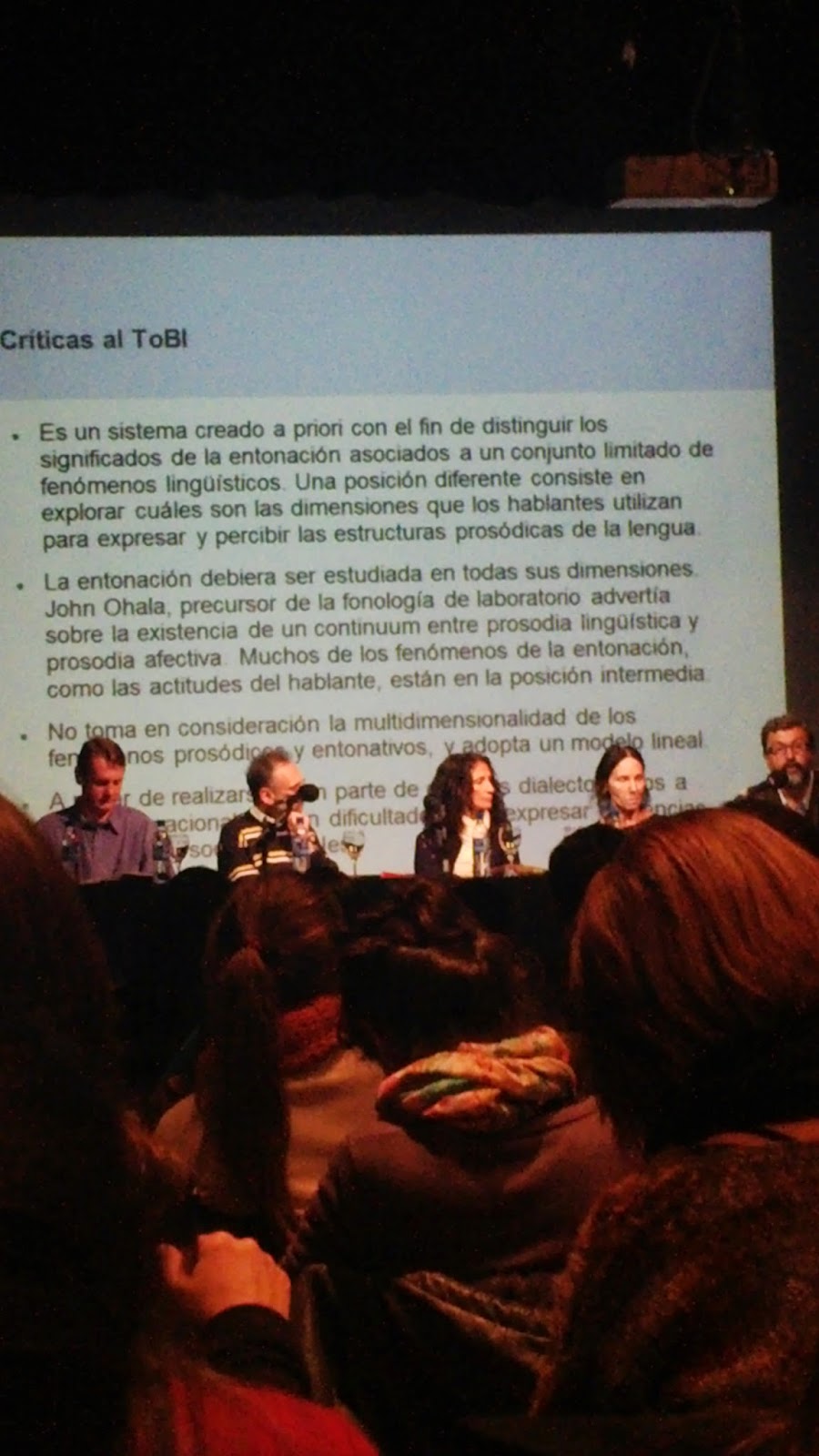 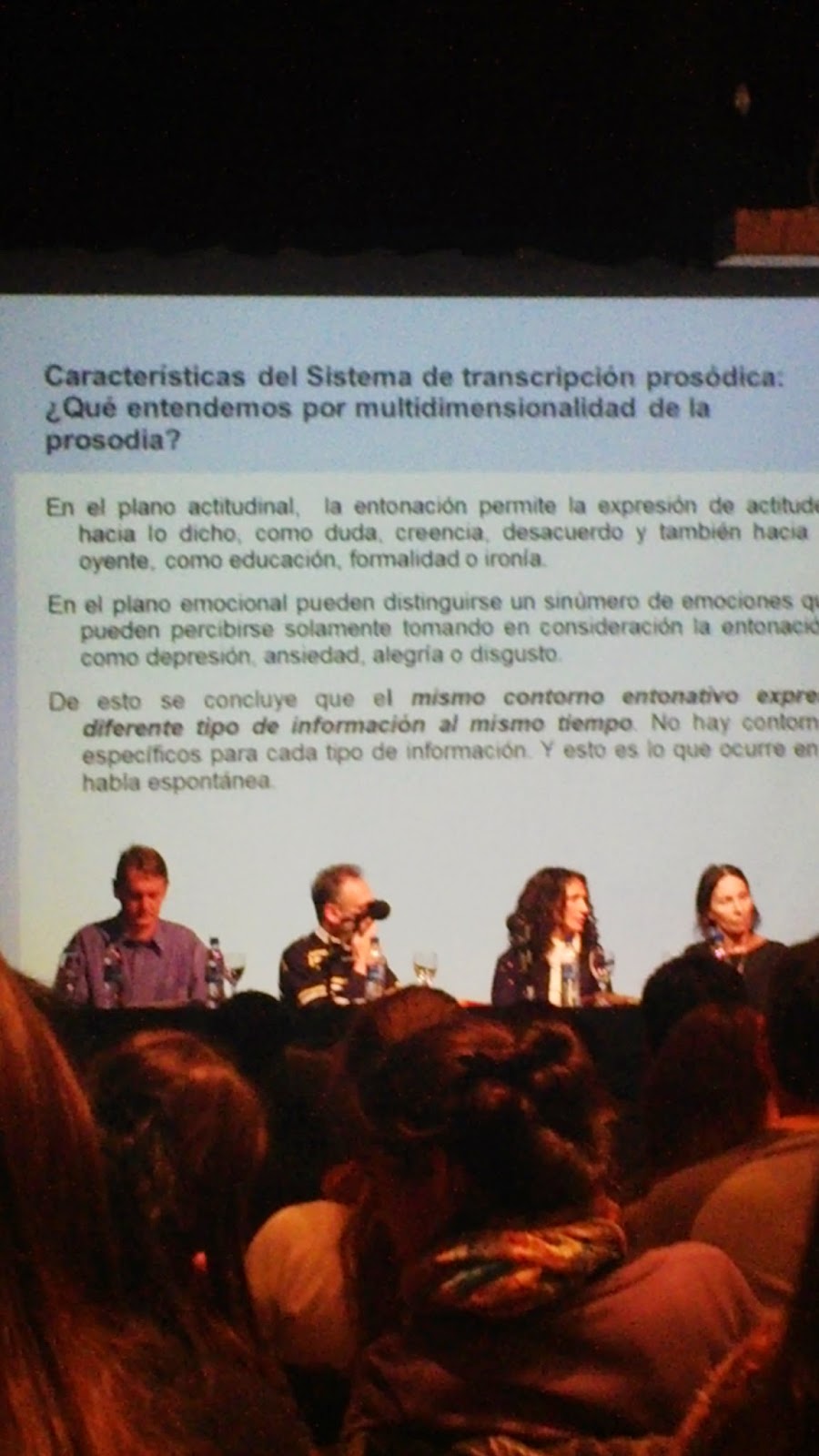 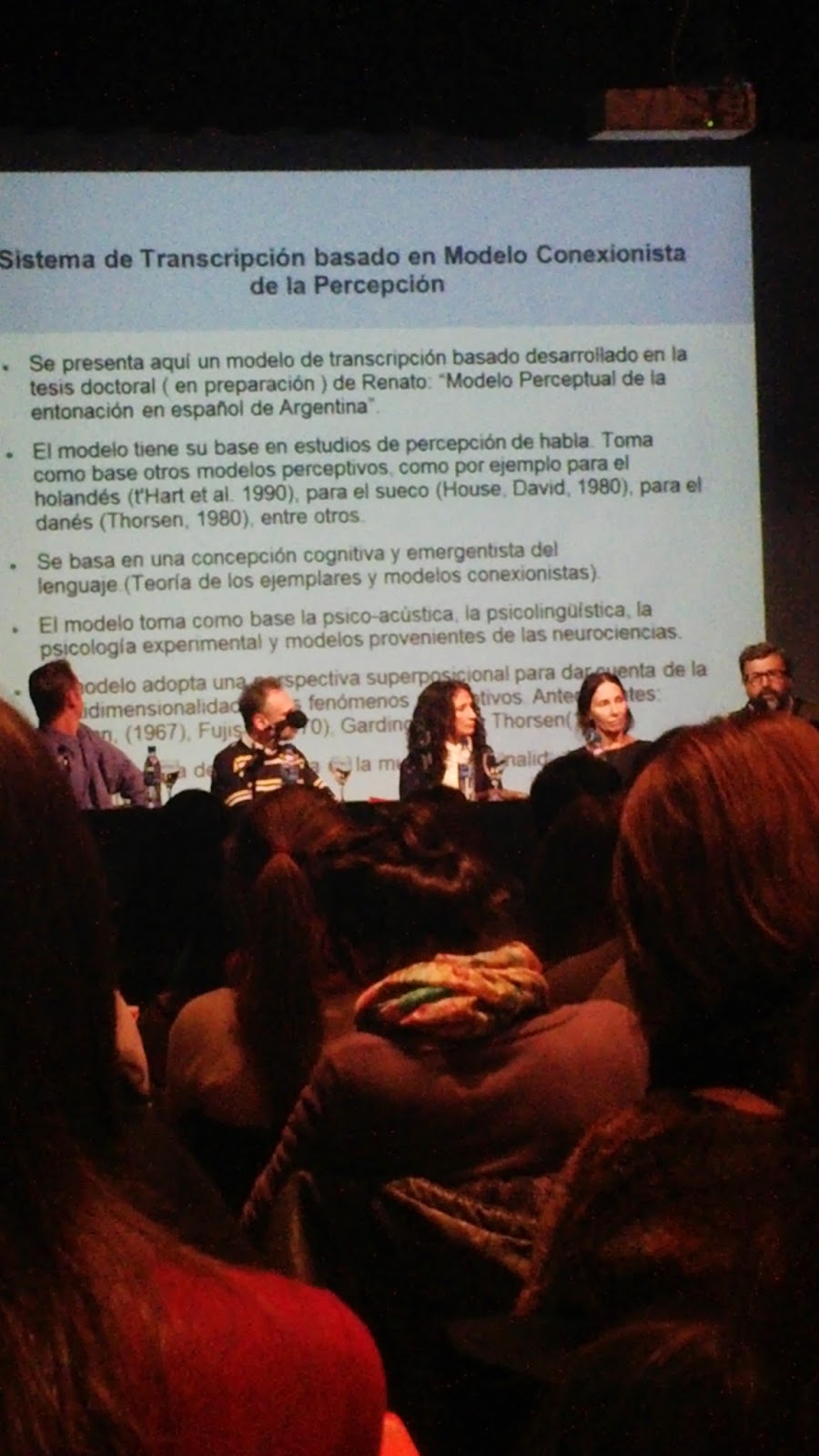 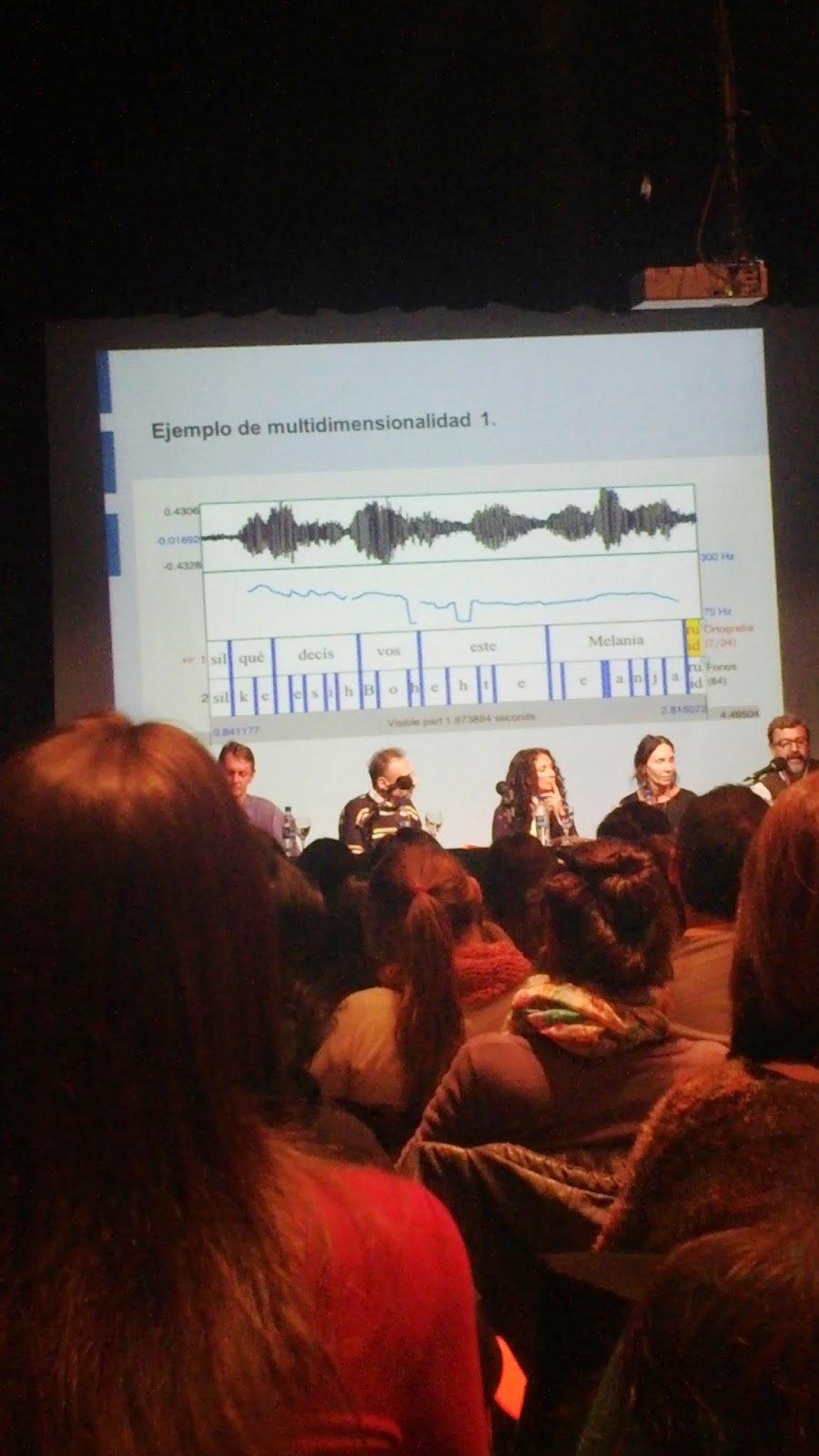 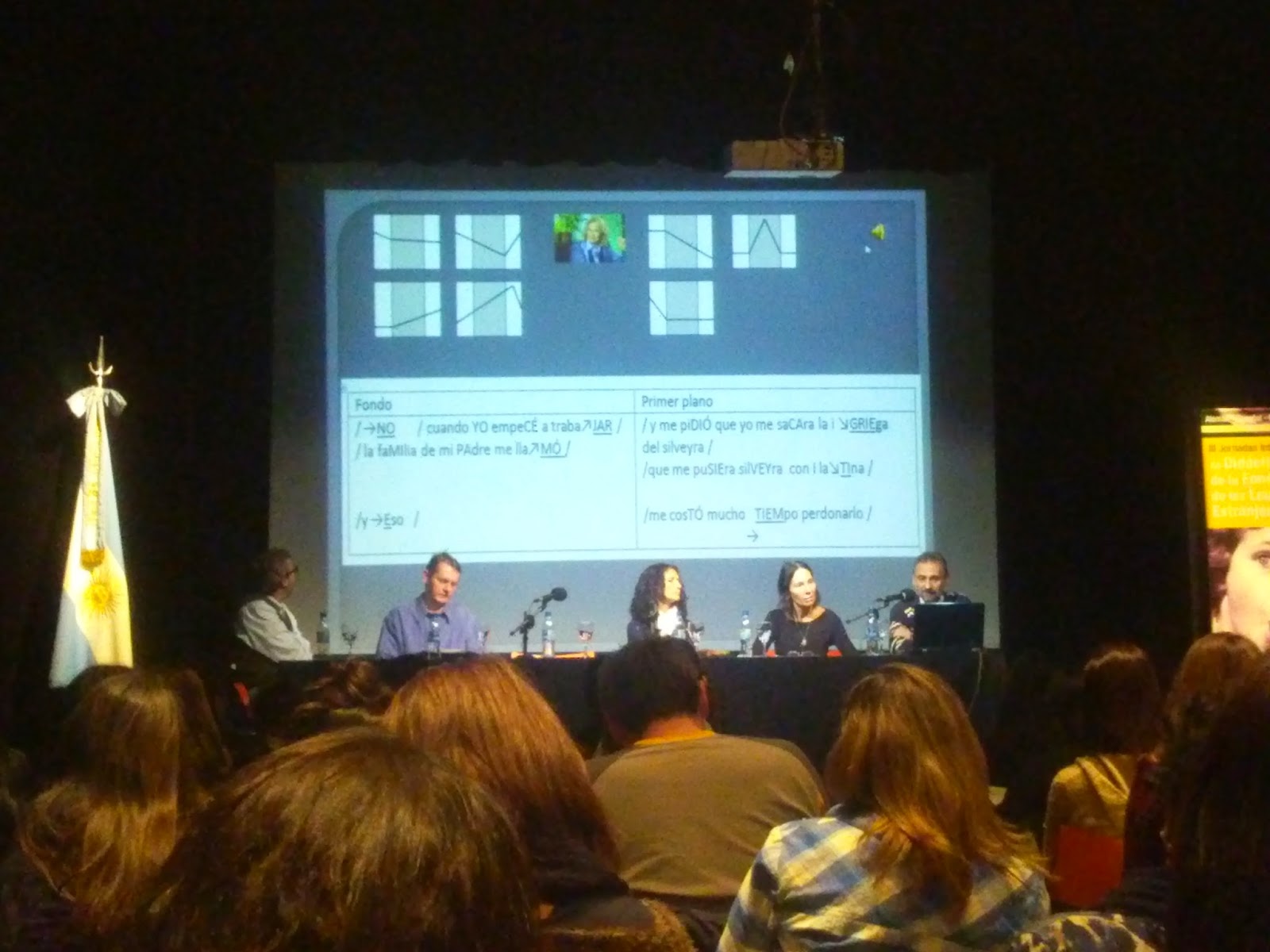 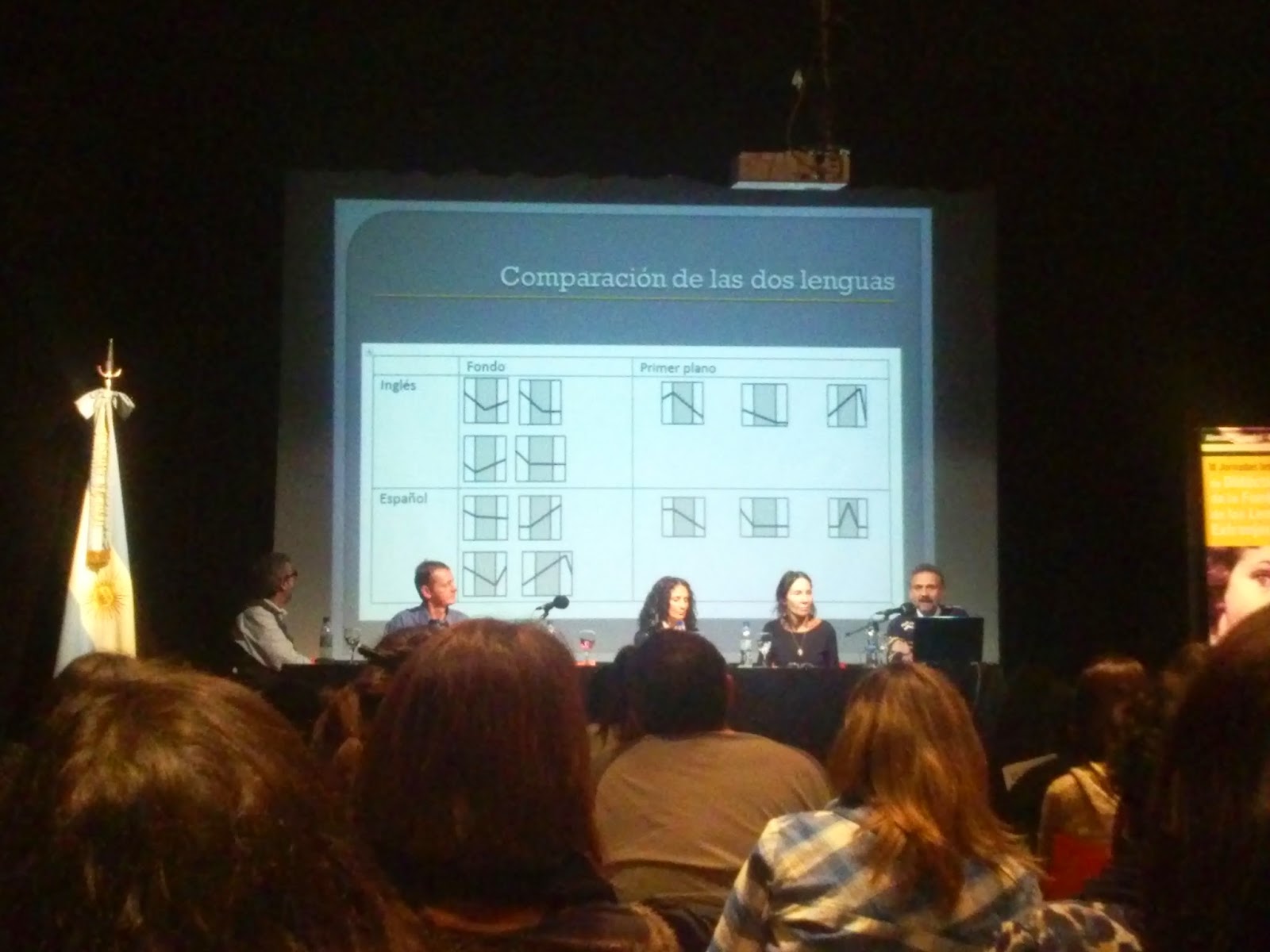 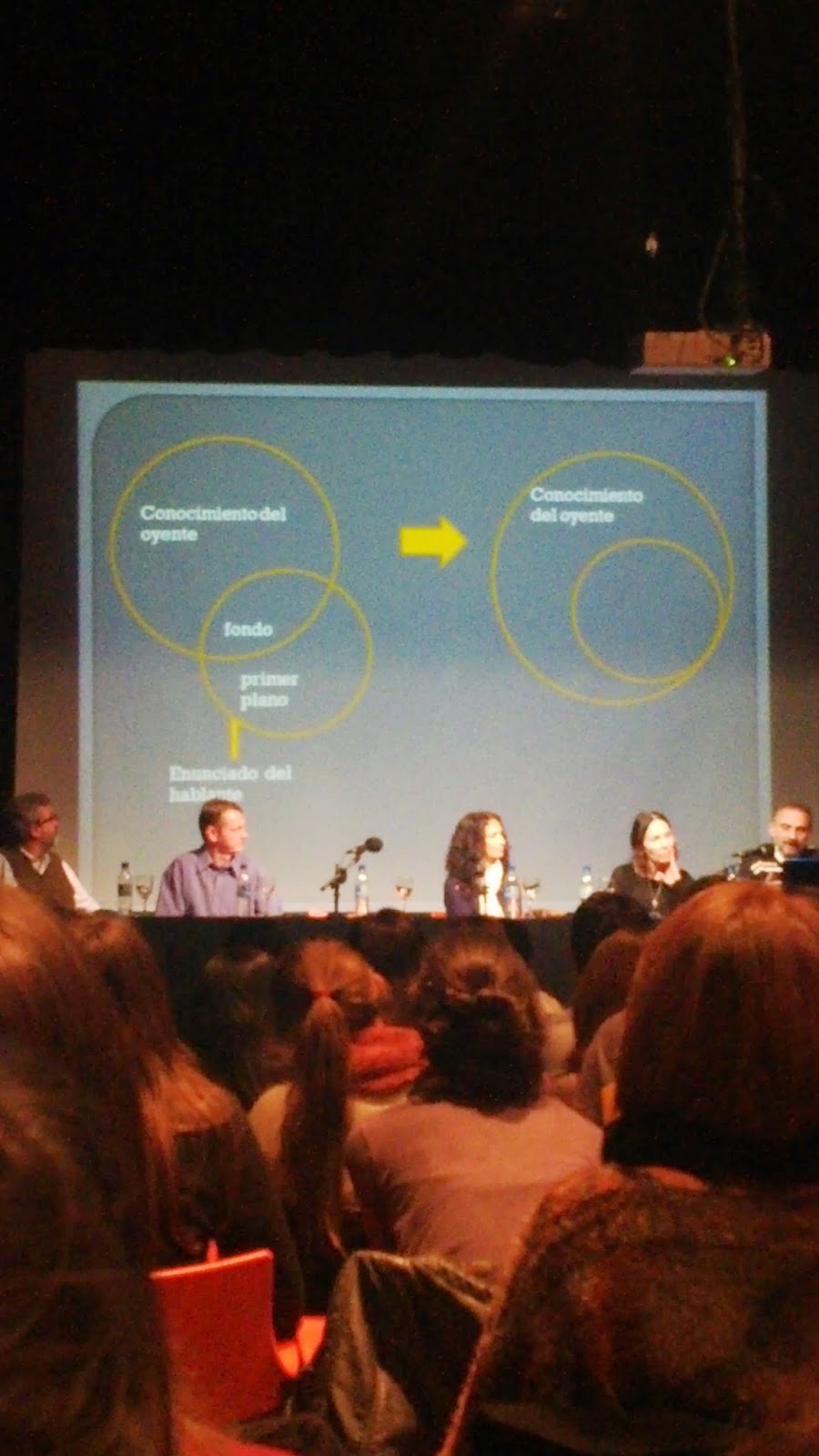 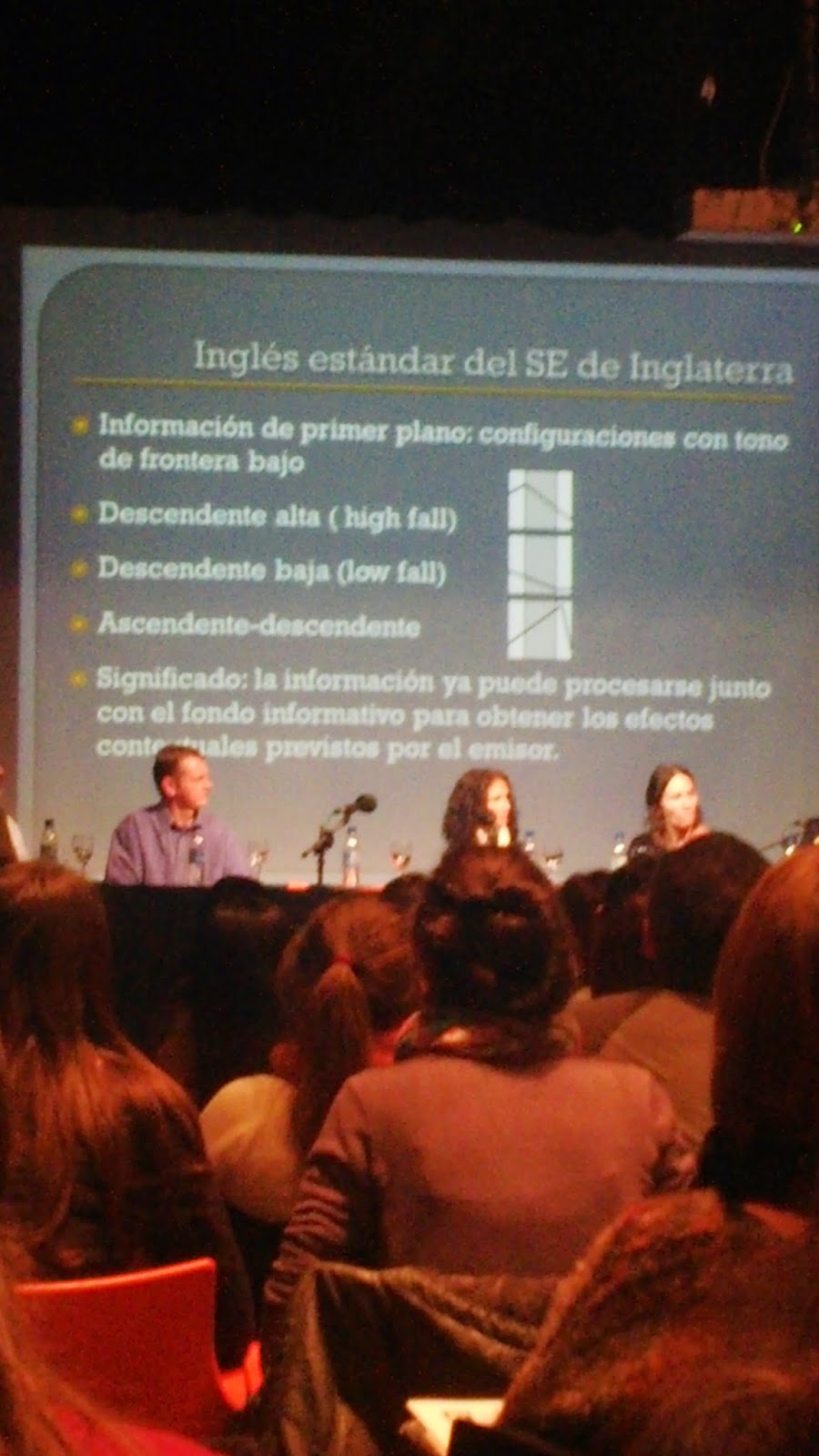 On Friday afternoon, I made the most of the talks by: 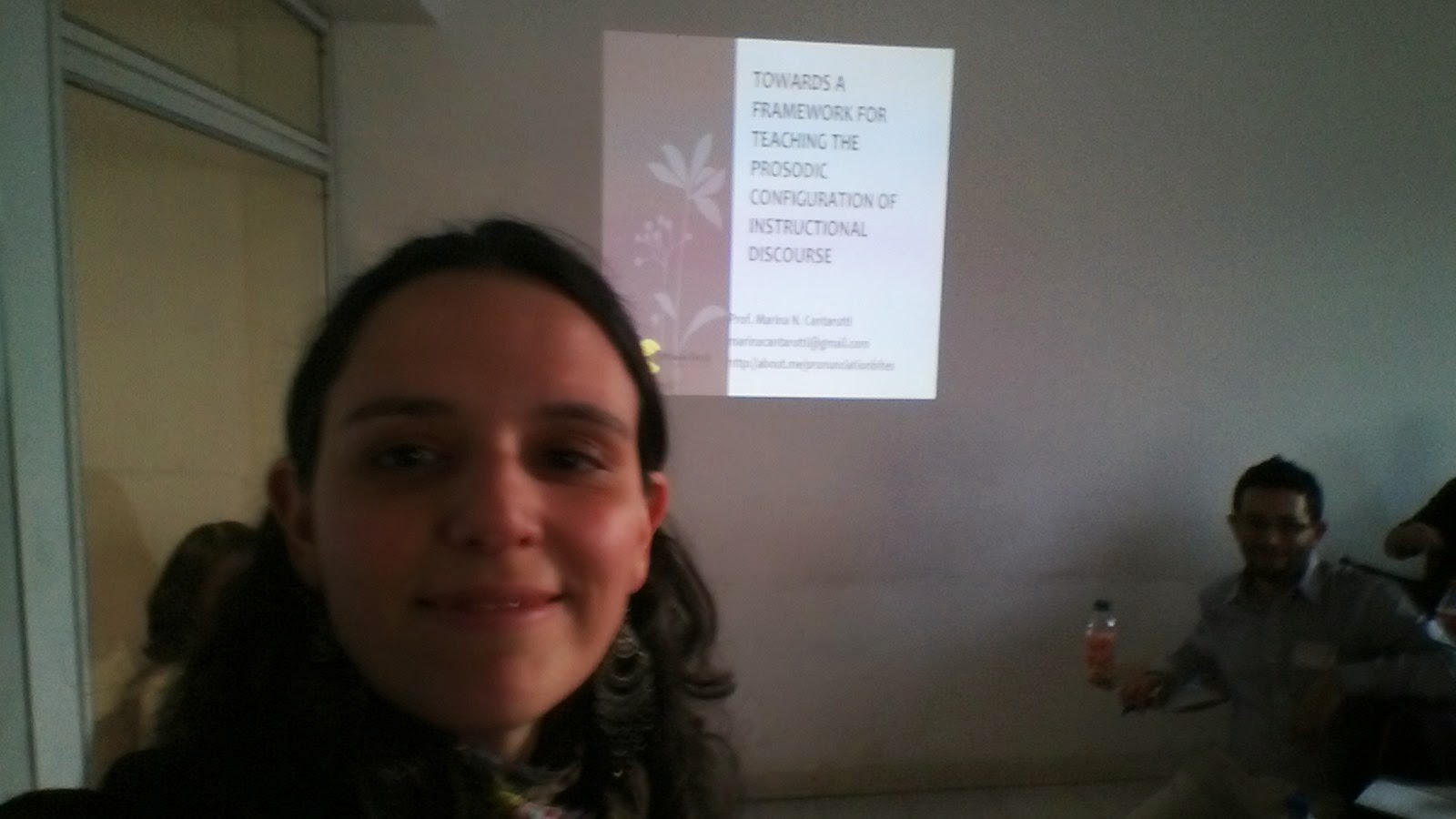 And later, I also made my own presentation on
ways of teaching the prosodic configuration of instructional discourse, based on my 2013 research and on the type of work I have been doing on Systemic Functional Linguistics and Discourse Intonation in the last two years, with my Lab 3 and 4 and Phonetics 2 courses.

Saturday morning was also interesting, with inspiring talks by 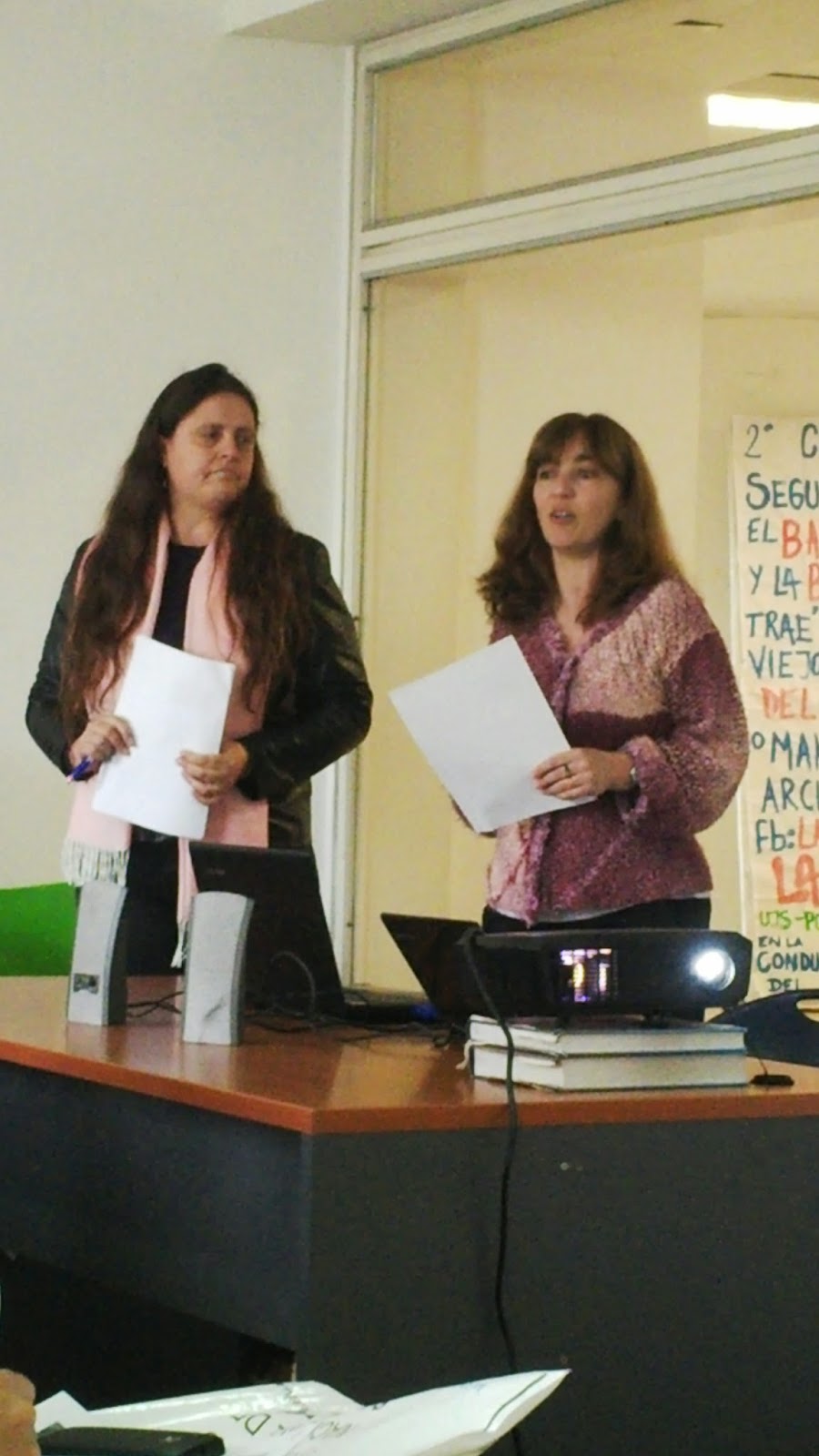 There were also talks by colleagues from UNLP and UNCo stressing the importance of doing contextualised, significant dictation and pronunciation practice with authentic materials.

I missed the talks by Miriam Germani on Storytelling, and Ana Irazábal (Phonology FB page editor!) called "Funology", which I would have loved to attend, but concurrent sessions are like that.


***
On September 4th, the "Post Jornadas" took place at Lenguas Vivas Juan Ramón Fernández. My colleague Francisco Zabala made a presentation on the connections between phonetics and listening in our context of speakers of Riverplate Spanish learning English, and he reviewed some of the issues that affect comprehension and intelligibility. There were also some live comprehension experiments which proved how complex the whole process can be. 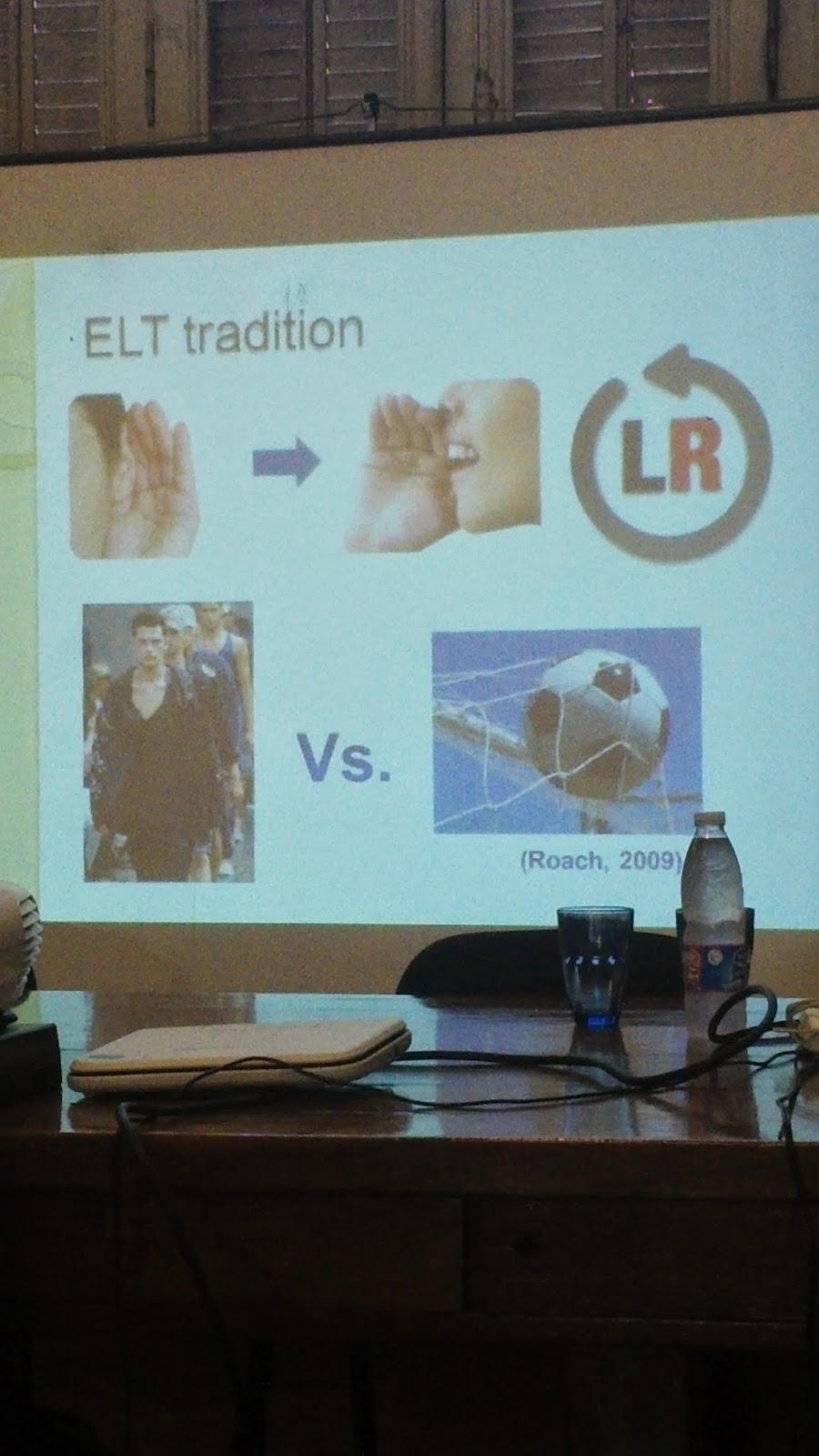 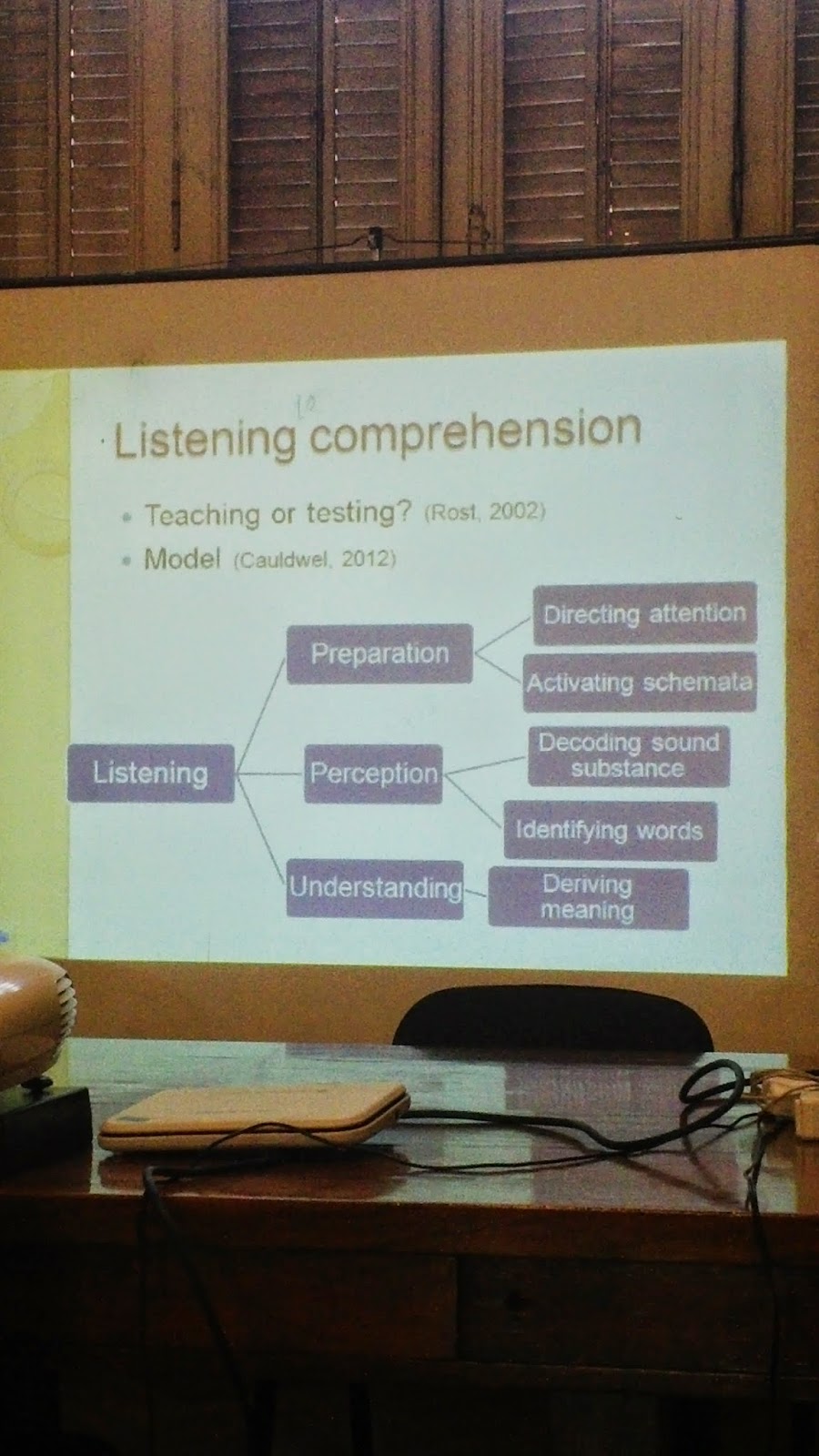 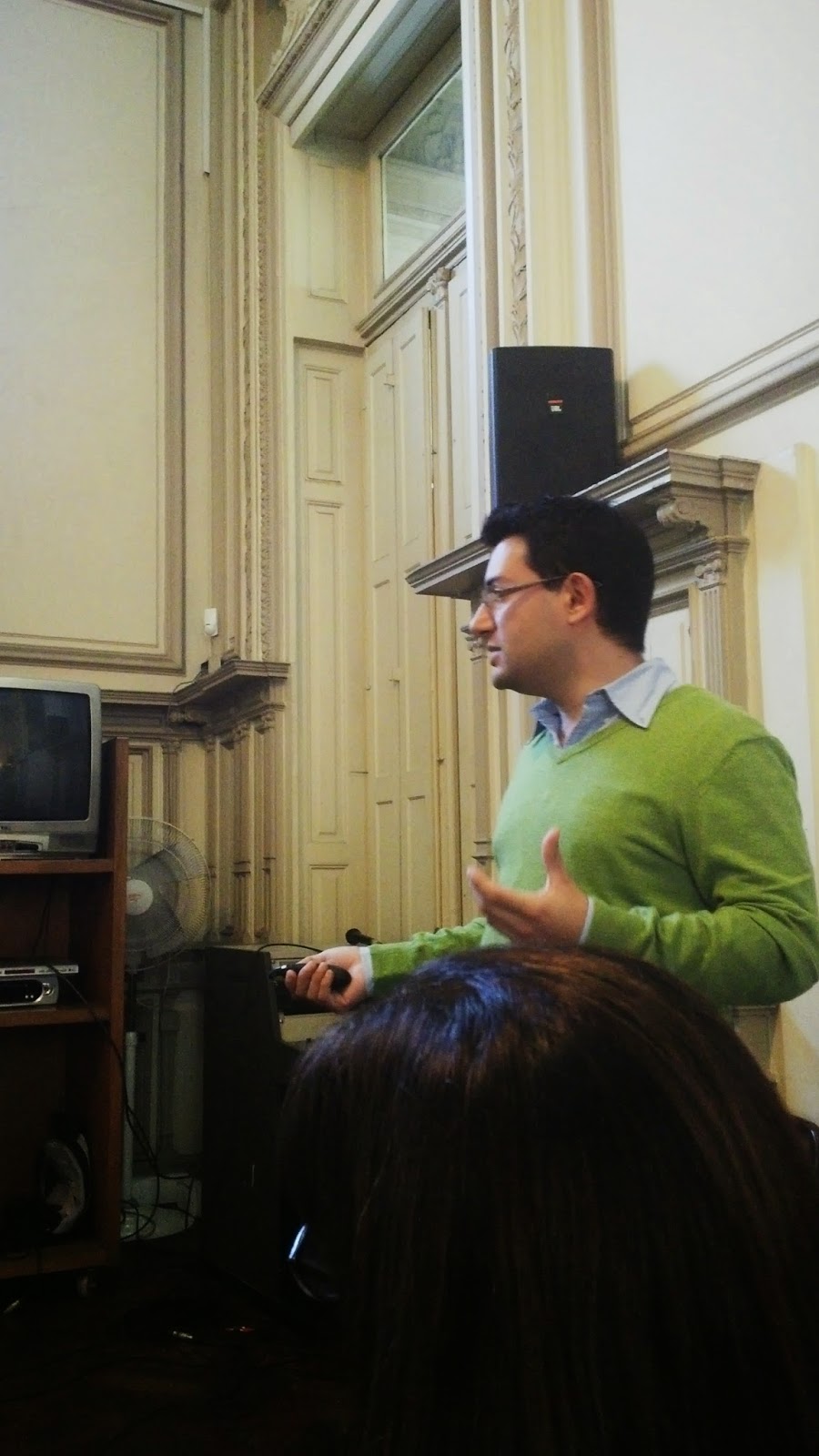 The next speaker was Patrick, a language assistant from the US, who commented on Upspeak, and some findings from the original paper on "Jeopardy" by Linneman. The presenter also made connections with political discourse and presented his own hypotheses on the matter.

Finally, another presentation by Andrea Perticone. This time, she discussed some connections between the Gestalt (notions of figure and ground) and issues of focus and tone in English, with clear examples and illustrative videos, very useful for learners. (And my intelligent phone run out of its unintelligent battery, which is why I don't have any pics, I am afraid :( )

***
Whenever I attend a conference, I generally feel excited about the networking, even more thrilled to learn new things, but I also cannot help feeling a bit miserable when I find that most of the research I do is self-imposed, non-funded, and that attending conferences generally means asking for the day off and getting that money discounted from my salary because the red tape in the City of Buenos Aires for us in tertiary education is just so impossible.
Anyway, I believe this conference was brilliant, as I have found like-minded people doing work on prosody more even than before, and to see we all come from different places and traditions and still see eye to eye, and that we all "dared" trod the path of intonation and meaning, which many people fear so fiercely, was just inspiring, and I am really grateful for the experience.

It is always the case with concurrent sessions that you miss out on a lot of presentations you would ehave liked to see, so I am not reporting on all the papers, obviously. If you are curious, the whole programme and presentation titles are available HERE. And I have made a summary of my live tweeting below: